The 2022 Acura Grand Prix of Long Beach returns to its normal springtime calendar date (after being last year’s season finale in September) on April 8-10. In this week’s blog we’ll preview the main event – the NTT IndyCar Series.

After being last year’s season finale, where Alex Palou was crowned season champion and Colton Herta blitzed through the field from his 14th place starting position to win, there were no shortages of story lines heading into the weekend. This year, Team Penske driver Scott McLaughlin is the hottest driver after winning the first race of the season in St Pete and then dominating the Texas Motor Speedway oval before being passed by his teammate Josef Newgarden just as the checkered flag flew. Either way, he brings a healthy points lead into Long Beach this weekend. He’s no stranger to this track and after competing and winning in Bathurst Australia in SuperCars, he will no doubt be competitive here. Although, those words would apply to most of the field as most teams have decades of setup experience here.

Who to watch? Team Penske is on a roll. Currently their drivers hold three of the top four spots in the points. Newgarden has never won at Long Beach, however his teammate Will Power has. All three of these teammates have a great shot.

Alexander Rossi won the last two races before the Coronavirus pandemic and has suffered bad luck in each of the first two races this year. Look for him to rebound at the Beach.

Colton Herta thrives on street courses and after having won last year’s event, it’ll be no surprise to see him back in Victory Lane.

It was at last year’s race that Romain Grosjean was announced as the newest driver for Andretti Autosport taking over the DHL car in 2022 driven for so many years by Ryan Hunter Reay. Grosjean hasn’t had a win yet and Long Beach would be the perfect track to do so.

You can never count out Scott Dixon, Palou or even their teammate Marcus Ericsson to finish on the top step of the podium for Chip Ganassi. Dixon’s done it here before. Palou finished fourth in a conservative drive last year and is only two points shy of second in the championship coming into this race. Their teammate Ericsson has unfinished business at Long Beach after crashing out in Turn 1 last year.

It’ll be interesting to see if the Arrow McLaren SP, Rahal Letterman Lanigan, Meyer Shank, Ed Carpenter and Dale Coyne Racing teams can step it up and turn things around. There are multiple Long Beach and other race winners in that group. Specifically Pato O’Ward will have a huge cheering section, but don’t count out former Long Beach winners Helio Castroneves and Simon Pagenaud. Graham Rahal seems to race better than he qualifies so he’s always a threat. Rinus VeeKay has already won an Indy car race and could add to that here while Takuma Sato has been running strong for Coyne and is also a former winner here.

Long shots? Kyle Kirkwood driving for AJ Foyt has shown impressive speed for that team and could surprise everyone. Callum Ilott learned the track last year and could impress this year along with Christian Lundgaard driving for RLL. Jack Harvey returns after concussion protocol and Felix Rosenqvist also wants to turn his season around and get back to winning. 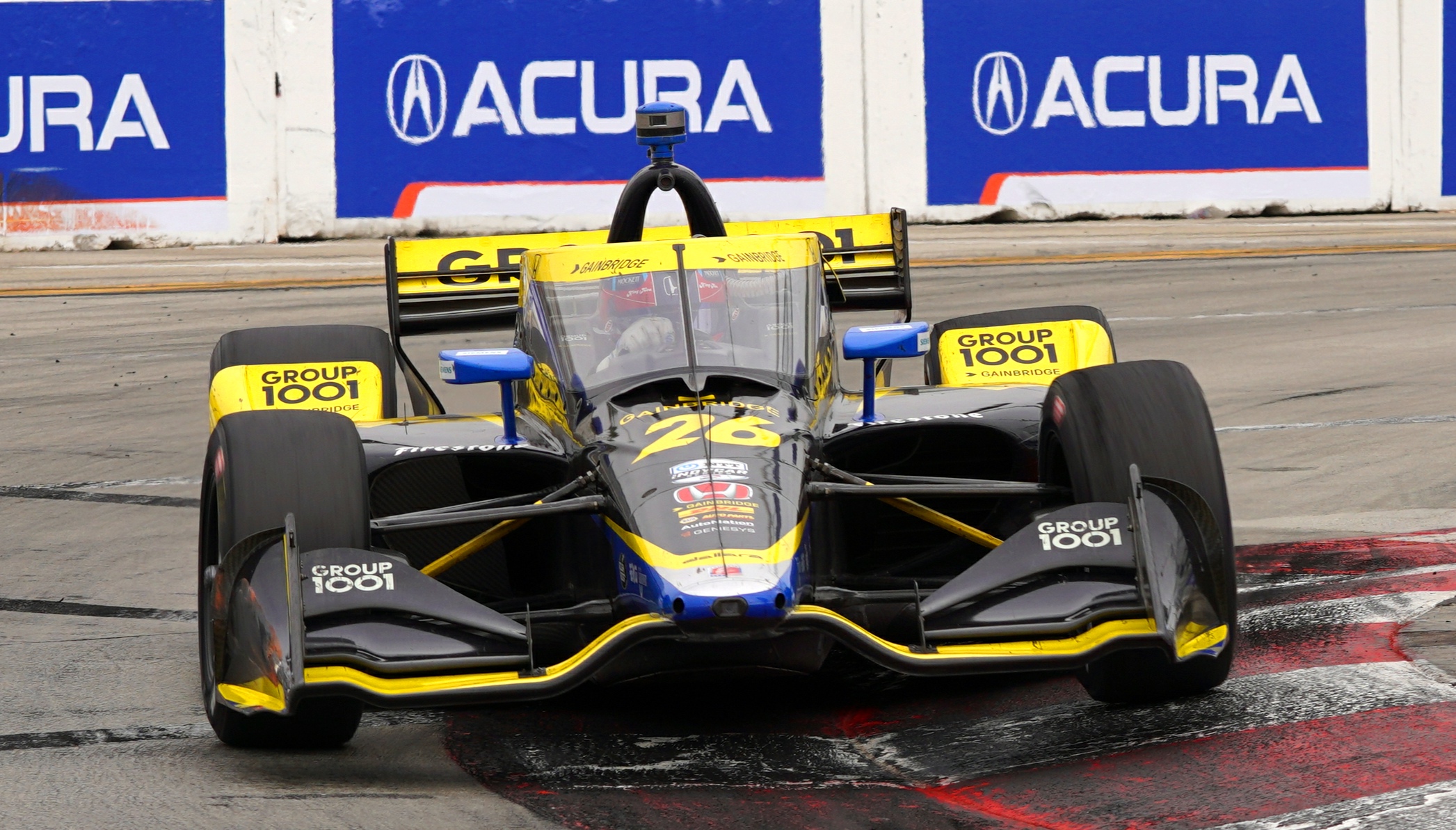 Will Colton Herta go two in a row at Long Beach? Alexander Rossi will want to forget about last year and the start of this year and get back to his Sunday drive through the park and winning ways that he showed in 2018 and 2019 at Long Beach.