With the 2016 World Endurance Championship kicking off in less than a month, Toyota has just unveiled its newest Le Mans Prototype racer. Forget the Prius, this is the hybrid that we want in our garage. Replacing the TS040 Hybrid Racecar from last year, Toyota is introducing the TS050 Hybrid, which will take on other LMP1 Hybrid racers from Porsche and Audi. This is the third car Toyota has built for the World Endurance Championship’s top LMP1 class, and this is the car that carries the hopes for another season championship. We already knew some key details about the 2016 TS050, such as Toyota’s move up to the most powerful 8-megajoule hybrid class of regulations. We’ve seen the livery reveal as well, which showed Toyota Gazoo Racing’s multi-motorsport corporate livery on a rendering of the TS040, plus some teaser shots of the car itself. Now we know even more. The TS050 is powered by a 2.4-liter direct injection twin-turbo V6 petrol engine—perhaps larger than we expected given the talk of them following Porsche’s big-hybrid-tiny-engine lead, but that’s still downright itty bitty for a V6. 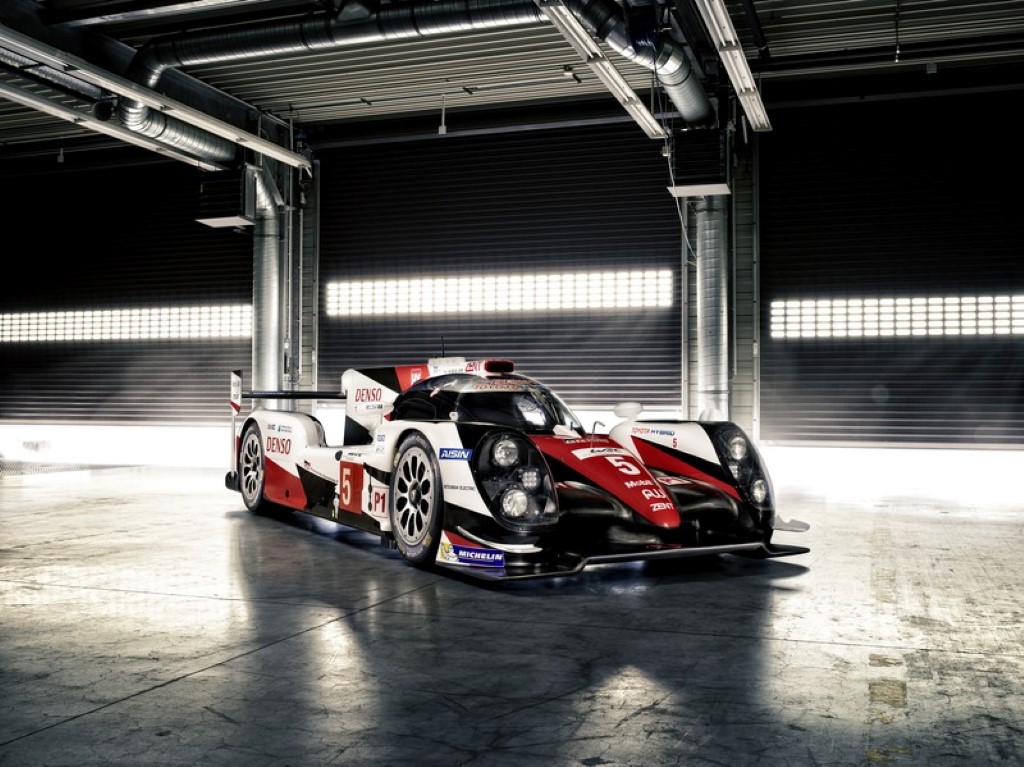 Another big change is the switch from a super capacitor energy storage system to a lithium-ion battery. According to Toyota, the system provides more energy and qualifies the TS050 to join Porsche in the 8MJ Hybrid class (TS040 was a 6MJ racer). Like the TS040, the TS050 Hybrid features two electric motors, one at the front axle and another at the back. This system contributes another 493 hp, or 20 more horses than the TS040’s hybrid system. Other tweaks include the relocation of the front electric motor for better aerodynamics and revised suspension geometry to prolong tire life. The 2016 WEC seasons kicks off on April 17 at Silverstone while the 24 Hours of Le Mans is scheduled for June 18. Toyota has failed to land on the Le Mans podium in its previous four attempts including last year’s race where Porsche took the top two spots, with Audi placing third.
Now if only we’d get a sleek lightweight wing in place of that heavy glass hatch on the Prius, and perhaps a few hundred more horsepower that isn’t all fed to the front wheels, too. Get crackin’ on that, Toyota. 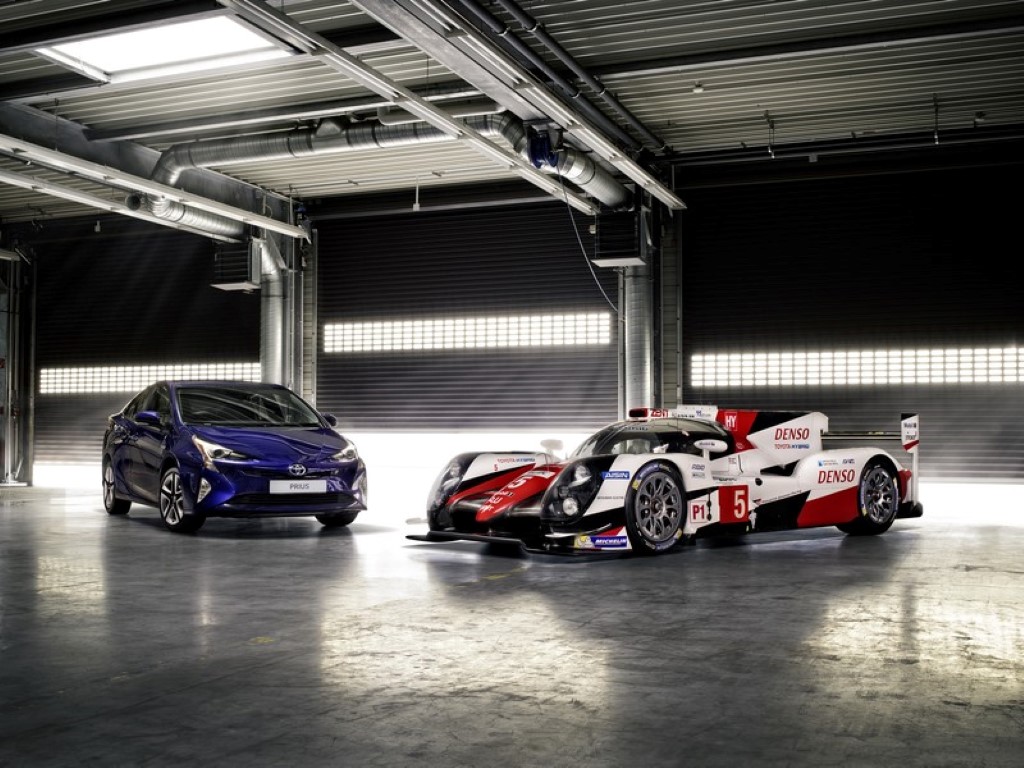