Since the invention of the first horseless carriage, mankind has spent untold fortunes in the pursuit of going just a little bit faster. Why? Because there’s nothing quite like a good old-fashioned bar fight over whether Car A counts as a production car, or if Car B is really faster using a special setting. The way it works around here is simple: if in the car’s day, you could pick up the phone (or send a telegraph), promise a small-to-mid-sized fortune, and take delivery of your very own crazy-fast car, it counts as a production car. Ridiculously fast one-offs never meant for public consumption? Not so much. Here are the fastest production cars the world has ever seen. Some of them won’t surprise you in the slightest, and others might be conspicuous by their absence. Alright, this one wins by default as the first production car. With ablistering paceof 14.5 miles per hour, it’s a wonder they didn’t call it a day with this whole record-setting hooey right then and there. There’s a bit of a chronological gap between the Benz and the Jaaaag, sure, but the British cat was the first to really be knownas the fastest.With a top speed of 124.6 mph it may seem a bit pokey today, but it was impressive at the time. And with 12,000 built, there were definitely no squabbles about if it was really a car for the masses. The legendary Mercedes 300SL and a couple of Astons slotted in between this and the Jaguar, but the sleek Bizzarini-designed Grifo is so desperately pretty it just had to be shown. With aChevy V8 under the hoodit had enough power to propel it to 161 mph. It’s kind of strange to think that there’s a good chance your mom’s car can do that kind of record-setting speed 50 years later. Ferrari and Lamborghini took turns incrementally upping the mark throughout the 1960s and 1970s with the Daytona and variations of the Miura, respectively, but the Porsche 959 blew everything else out of the water. With a technologically advanced drivetrain, suspension, and let’s be honest pretty much everything else, Porsche took the crown at 195 mph. It also started the trend of ultra-low volume halo cars becoming the main pugilists in the fight for the title. 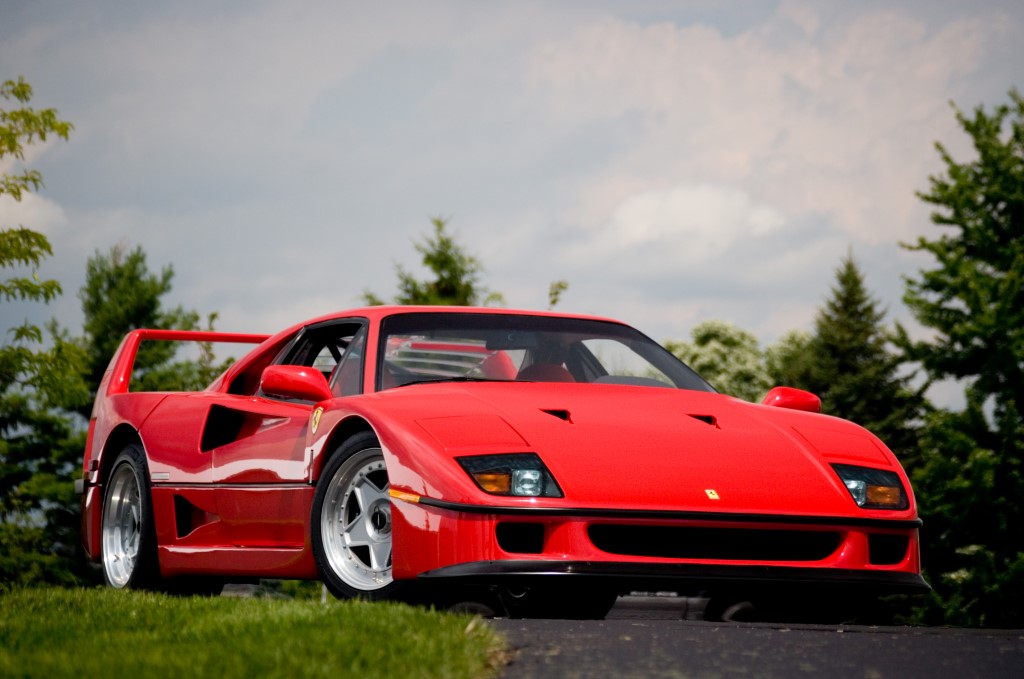 What, you think Enzo’s glory would allow some Beetle outshine Ferrari? Just one year later, the stripped-down F40 finally topped the 200 mark, with acclaimed top speedof 201 mph. It’s that last “1” that makes this one special. The Jaguar XJ220 and the Bugatti EB110 each raised the bar a bit in the ensuing years, but in 1993 the McLaren F1 stole the record, and the heart of every child growing up in the 1990s, when it destroyed all previous contenders with its run of 231 mph.While a top speed was later reached of 240 mph, it was achieved with the rev limiter disabled. So the former was the official accepted figure. McLaren managed to hold onto the title for a staggering 12 years, but so staggering was its top speed that few manufacturers dared even attempt to come close. When Volkswagen announced that they would top 250, however, even fewer doubted that they could do it. With immense monetary and technological resources behind it, Volkswagen Auto Group’s Bugatti Veyron managed to take the crown at 253.81 mph, a very precise figure for avery precisecar.

The original Veyron was perhaps the last undisputed speed champion for production cars. Since then, American upstarts like Hennessey and SSC have taken shots at a spot in the history books and have traded claims with different iterations of the Veyron, but claims of both speed and the necessary production requirements have become harder and harder to verify.

Let’s just hope that one day soon we have another undisputed king.