The 10 Weirdest Formula 1 Cars Of All Time

Formula 1 is all about speed. It’s the pinnacle of autosports, and engineers are tasked with finding creative ways to make the cars as fast as possible while the drivers are tasked with racing the wheels off of ’em. Formula 1 has seen some fantastic-looking machines, such as the Lotus 49, but it has also featured some truly odd ones. And with the current crop of F1 cars on the field, we’ve decided to take a look back at some of the weirdest ones ever to make it out of the wind tunnel! 1976-77 Tyrrell P34
This is the only six-wheeled car to ever race in F1. It actually won a race, too. The idea was that you could have the same traction as a tire twice as wide, with half the wind resistance. Ironically, the only problem was that no one copied the design, so Goodyear had little reason to improve the tires, which ultimately rendered the car obsolete. 1981 Williams FW07D
Several teams, including Ferrari, experimented with using four wheels in back, but none of them ever made it to a race. F1 eventually said “dudes, enough” and banned using more than four wheels total shortly thereafter 1971 March 711
Take a good look at the front wing here, and you’ll understand why the car was sometimes referred to as the Tea Tray. 1981 Lotus 88
Notice how there aren’t any wings? This car has two different chassis, one for the suspension, and the other for the bodywork, so that it generates a tremendous amount of downforce, keeping the car firmly glued to the ground. The “ground effect” cars
If you’ve ever heard the term “ground effects,” you can find its origin in late 1970s F1. Pioneered by Lotus and copied by teams like Ferrari (shown), moveable side skirts dragged across the ground (look between the front and rear wheels), forming a vacuum that literally sucked the car down. 1978 Brabham BT26 Fan Car
No car ever stuck to the road like the beautifully strange BT26 though. Taking an idea from an American racer from the ’60s, it used a giant fan to remove all the air from under the car. It’s the race car version of a Dustbuster. It was also so fast that it was banned after its first race. 1979 Ensign N179
See the stepping stool at the front? Those are radiators to help keep everything cool. This is often considered the ugliest F1 car of all time. Tyrrell 25
You get one guess as to why this car was nicknamed the X-Wing. 1968 Brabham BT26
In the late 1960s, teams were playing with new ways of attaching wings to cars, including putting a wing directly in front of the driver. One of them, the McLaren M7C, earned the nickname “The Guillotine”, and was quickly banned. 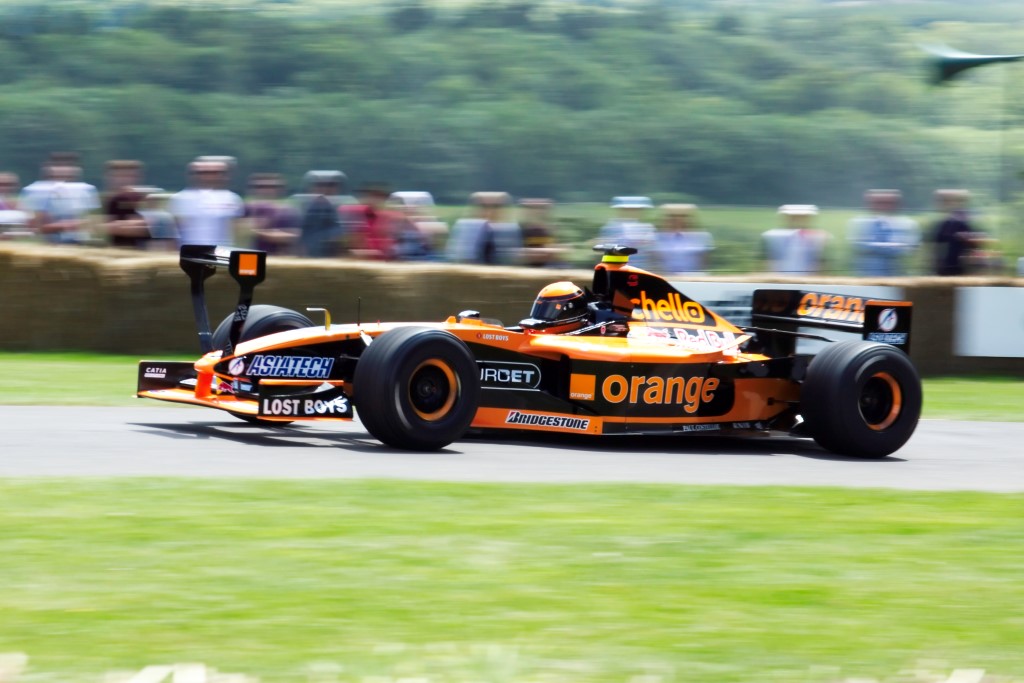 2001 Arrows A22
The front wing concept resurfaced briefly in 2001 when Arrows brought one out for the Monaco Grand Prix. The car needed all the help it could get in terms of downforce, but the wing didn’t get past the organizers, who nixed it for the race.